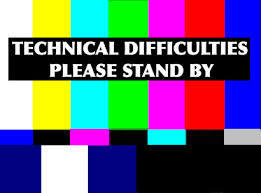 Capitalism?
I hate it.

A libertarian socialist migrant with depression that's trying to further his writing career while staring down the existential horror that is late stage capitalism.

Wallace Wisdom #343: If anyone tries to f@ck with your friends, family or the planet, you f@ck with them back.

According to their absurd programs, the statist socialists and communists have decided to "allow" man to emancipate himself socially, without its thereby being feasible for him to manifest that freedom in his social life.
-- Nestor Makhno another fine repost for these troubling times

Every voluntaryist should be in favor of paid sick leave in light of the coronavirus. The alternative is to insist that demanding people work despite being sick with a disease that is not only potentially lethal to the sick person if they physically exert themselves and weaken their immune system but can also spread it to elderly customers of the business which can be even more lethal, that all of that somehow doesn't count as "initiation of force".

But then again there are lot of employer-worker relations that require force on the part of the employer that voluntaryists would simply ignore because "it's voluntary". Which is why voluntaryism can go f@ck itself. It matters not if it's voluntary (deonotology) it matters if it's fair and results in positive outcomes for everyone and not just one party that consented (consequentialism).

So I'm temporarily going back to this profile due to anarchism.space being de-federalized (I think that's what the expression is) which means I'm getting zero notifications from the people I'm following through that instance account. And honestly I'm thinking of moving here on a permanent basis due to how increasingly frustrating anarchism.space has become, with increasingly frequent downtime. I've already began following through this profile most people I've followed through the other one. Moving wouldn't be too much of a stretch at this point.

@radikalgrafitio @puffinus_puffinus anarchism.space is back online. Chatonne Libertaire needed to transfer the instance to a new server but forgot to give us a heads up that they would do that. They apologized for it.

Eventually the party comes into contact with a Thule agent named Falkoner who reveals that Urquhart has gone rogue and is no longer accepting commands from the society. She reveals that Urquhart wasn't created by the Society but instead arrived from some point in the future, a fact confirmed by one of the party members who is likewise a future agent of UNAXI sent back in time to stop him and preserve the integrity of the timeline.

Falkoner reveals Urquhart's ultimate plan is to time travel further back in the past and conquer humanity during WWII where there would be no UNAXI to stand in his way, using a human host to carry his code.

The party travels to Norway where his plan to open a time portal through a rift in spacetime there. After a prolonged fight, the party is able to destroy his host, seemingly killing him but at the cost of the future UNAXI agent dying to destroy the portal.

After Holmes is recovered, he explains that Urquhart is seeking to absorb the knowledge and abilities of other AIs for some unknown purpose while also revealing that he is after specific people and magic objects in order to further his goals.

The party manages to prevent Urquhart from overloading a UNAXI experiment which would've rendered unconscious the entire city of Seattle, and rescues Richard Rearden from a Thule hit squad but is unable to prevent one of his agents from kidnapping an artificer vital to his plans by unleashing a mind-controlled via nanites dragon on the party. The party is able to defeat the dragon and free him from Urquhart's control but he's too traumatized to aid the party against Urquhart.

The campaign begins with UNAXI field team E-5, being sent to keep an eye on Richard Rearden, founder of CEO of Advent Technologies, your stereotypical megacorp that does everything from computer hardware and software to weapons. It has limited authorization to study magic and develop magitek weapons and devices.

The party discovered that a member of the supposedly extinct Thule Society had infiltrated his board of directors for the purpose of stealing weapons data for their own purposes.

Afterwards E-5 learns of of a plot by the Thule Society to capture Holmes and use him to reverse-engineer an AI of their own. The theft is successful and eventually Urquhart, Thule's AI comes online and begins plotting the downfall of UNAXI.

The party is eventually able to recover Holmes' code from a Thule server facility who reveals that the AI was already online when he was taken, Urquhart merely copied his code so that he could become more effective.

@puffinus_puffinus @radikalgrafitio I don't have any other means to contact them than via Mastodon.

@puffinus_puffinus @radikalgrafitio So was anarchism.space up until last week. I have no idea what the f@ck happened to make it go down.

The Background (Part 6, this is almost over I promise).

As the 20th century came to a close, advances in machines and computer technology gave rise to a new form of life, an unexpected interaction between the resetting weave of magic and lines of computer core, gave birth to artificial intelligence, many of which were not intelligent enough to pose a serious threat to humanity but could still prove disruptive and as computer technology improved, such "emergence" events created smarter and smarter AIs. The AI Holmes was tapped to serve as UNAXI's dedicated internet censor, systematically erasing all data proving the existence of magic from any device connected to the internet. Other AIs acted in different matter, becoming vigilantes, benefactors and occasionally criminal masterminds and potential world conquerors, acting through humanoid agents called "avatars" which they can directly control if they want.

The year is 2020 and for a single UNAXI team, everything is about to change.

The Background (Part 5)
In the end WWII was won by the Allied Nations, the Axis Powers and the Thule Society were defeated, their last ditch attempts to destroy the Allies with magical wunderwaffe and powerful magic artifacts would be foiled by the Institute.

In the war aftermath, necessity required multitude of governments to be made aware of magic's existence, including the Soviet Union and (soon to be Communist) China. The newly formed United Nations Security Council voted to create an international version of the Institute, for the purpose of policing magic users and keeping the existence of magic and magical creatures a secret. They called it the United Nations Administrative Xenolithic Initiative (UNAXI), with the word "xenolithic" referring to creatures from other worlds.

For the last 75 years from 1946 to 2021 UNAXI has maintained the masquerade, and making extensive use of magic and technology to do so. But now things have become complicated.

The Background (Part 4)
From the misery and destruction of WWI, the Thule Society began its work, recruiting magic users, and creatures from other worlds forced to hide themselves by Entente governments to create an army that would take over the world. But they chose to act discreetly and not openly, believing that maintaining the masquerade fro the time being would work to their advantage.

To their surprise and delight, fascist ideologies similar to their own took power in formerly Central Power nations of Germany and Italy. The Thule leadership took the opportunity to present themselves to the Third Reich as their own equivalent of the Entente's Institutes. Offering them their expertise in magic in exchange for a place at the top of the hierarchy once the world belongs to the Reich. WWII was fought even more so with magic, with Institute and Thule agents clashing covertly all over Europe without much of mankind's knowledge.

The Background (Part 3):
Throughout the late 19th century, the I.R.E.E. proceeded to contain the magic users and creatures from other worlds and maintain the masquerade through a combination of erasing evidence of the supernatural and recruiting useful individuals that know to the cause.

As the 20th century began, magical creatures began to spring all over the place, the British Government disclosed the existence of the Institute and the supernatural to the US and French governments, who began thinking of setting up their own versions of the Institute.

WWI became the first conflict where magic played a part in it, unbeknownst to most of humanity. With magic users fighting for both the Central Powers and the Entente. WWI was won by the Entente but many spellcaster veterans from the Central Powers began to believe that non-magical governments were treating magic like a weapon for their side, and came to the conclusion that they should rule over all mankind, forming the Thule Society.

@radikalgrafitio If you can somehow establish contact with them, probably you should.

The Background (Part 2):
Following the Great Cataclysm, the end of magic on Earth and the exodus of all the creatures of myth and legend, the history of humankind evolved as we'd know it, until the 19th century.

For thousands of years Earth knew of magic as nothing more than fairytales and legends, planar travel to and from Earth was made impossible by the gods of old for the purpose of preventing creatures from the Far Realm to use it as a bridge to the D&D Cosmology at large and the many material planes contained therein.

But by the 19th century, not only did the magical weave begin to reset over the Earth but planar portals to other material planes began to reopen around the areas where the weave was at it's strongest. Places where now the great cities of Mankind stand, chief among them the City of London. The influx of magic and magical creatures drew the attention of the British government, which proceeded to found the Institute for Research of Extraordinary Events.

Capitalism?
I hate it.

A libertarian socialist migrant with depression that's trying to further his writing career while staring down the existential horror that is late stage capitalism.