capitalist economic theory: no one gives anything away without asking for something in return, and anything offered for free will be exploited by selfish people trying to profit from it

the anarchist free store in my town: please, come take more of our free stuff, we have too much. we're running out of space from all of these donations and don't know what to do

Literally, no exaggeration, we're posting on social media asking for more "shoppers." We've started saying "please look around while you're here!" when people drop stuff off. It's getting absurd and actually becoming a logistical problem @socalledunitedstates wait. where r u??? i wanna learn more about this. this sounds like a good concept.

The way we usually describe it is "like a thrift store, except we don't charge for the stuff." People bring donations, volunteers sort them, people pick them up. Rent is covered through patreon and venmo donations

There's also a community edible garden being built in the back, plus community events and concerts. It's a really awesome little setup

@socalledunitedstates @rachel0964 this is great. thanks for sharing it

Because I feel like I gush about it a lot

@socalledunitedstates @rachel0964 Last weekend we (our DSA) did child watch at the anarchist share fair. it's kinda like a pop up free store for all kinds of goods and services. this time it was outside. really nice

@socalledunitedstates hmmmmmm how did y'all start it? it's gonna be years until I can actually do smth like that but I REALLY want to do that

@rachel0964 I didn't start it, I just hang out there sometimes :b

They did monthly "popups" for a while, collecting donations and setting up tables in a park to give them away. I suppose during that time they were collecting the funds to rent out a location. Then I guess they just, did it

It's in a pretty poor neighborhood, which is part of the point, so I imagine rent isn't too high. And I think the building was in a pretty bad state at first too

Honestly, I say emulate the idea on whatever scale and in whatever way is available to you now. I've come to realize that people really want to share their stuff, and literally the only thing holding them back is that there isn't a physical space to put it. Put up a community library, free pantry, tool share, sharing table, whatever, and it's likely to fill up pretty quick. Honestly, it's so effective that I'm surprised it's not already a massive fundamental part of anticapitalist praxis

@socalledunitedstates oh yeah!!!! there are little free libraries all around my town 😁 We’ve been using our little free library for this as well, adding a few toys, non-perishable good items, etc.

We’ve been noodling on scaling it out, like imagine if everyone on your block/street/etc. had a box out front where they put their extra stuff, and when you needed something, you took a nice walk and went “shopping” 😁
0
Jun 01, 2019, 14:49

@trwnh Here you go! There's not much new info here though

@trwnh They have a fedbook too. If you want I can ask the two founding folks any questions you have when I go tomorrow?

@trwnh Wait, did I ever know that you were in Alabama??? This feels like news to me omg

We'll definitely take them, but there's really not any floor space for more clothes racks, so we may just put them in the back room in case one of them breaks/as a place to put extra clothes if we run out of space. There's also very, very early musings about buying the attached suite (currently empty) to get more space, but I don't think we have anywhere near the money to consider that yet

I guess now would be a good time to mention to my followers that ⚠️ the Free Store always welcomes cash donations - @bhamfreestore on Venmo and Patreon! ⚠️ Your money will 100% go to great use!

Anyway, we'll totally take some clothes racks, for sure! Plus anything else you may have around (clothes, hygiene products, books, soil/tools/supplies for the food justice garden, even plastic grocery bags for shoppers or organic waste for our composter) ✊💕

@trwnh Wow, I must be a prick

Oh and btw it's not downtown, it's in Northside, if that makes a difference

Anyway ping me if you plan on coming out because I'll totally make an effort to be there and say hi! I also try to be at the meditation sessions at 7 every Thursday, though obviously the store proper is closed at that point so it wouldn't be as convenient to bring donations

@trwnh I'd offer to pick you up from the bus stop but I'm on a scooter so you'd have to cling to my back lol. But I'm sure one of the other volunteers would be happy to if that's a dealbreaker

@trwnh @RecursiveRabbit Ping me if you ever plan a trip so I can try and be at the store that day! I'd love to meet some mastocomrades

@socalledunitedstates @rachel0964 Think I might make this a pilgrimage site. Somebody: "I need a thing"

@blackcorvo Maybe not specifically this (yet), but I'm sure there's an anarchist scene in your area!

If you DM me what city you're in I can look around online for you? I've been doing this for people for a while and now what to look for

@socalledunitedstates I live in Brazil, that's why I'm unsure if that kind of store exists over here.

@socalledunitedstates hey, I just heard on the radio of something that reminded me of the anarchist store idea. It's called "Varal Solidário" ("solidary clothesline"), and it's this clothesline people put out so the homeless and other people in need can take clothes from to keep warm, and people who can donate can hang clothes they're not using.
It's an initiative from a local non profit. None Binary with Left Femme @starseeker@snouts.online

@socalledunitedstates a problem that is good to have Sounds very much as if America already started practising a generalized idea of Commons. Funny to name this "anarchic", since this indicates subliminal acceptance of capitalism being The Law, which is not true.

As a matter of fact, capitalism is anarchic, since it neglects the existence of commons thus keeping law firms busy on cases about property of any kind. 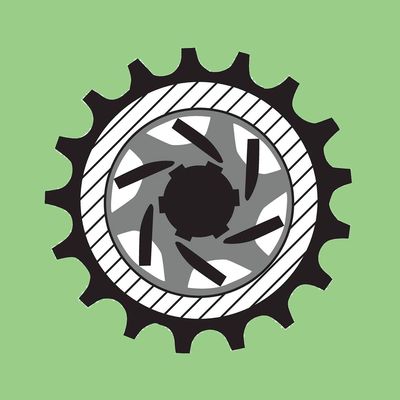 @socalledunitedstates we *take donations from* goodwill, because we've got the infrastructure to repair recycle give away or sell bikes in large numbers and they don't.