Late last night @scintillatinator materialized out of nowhere (?) to design this solarpunk emblem idea I'd had!

The gear represents technology, workers, and by extension socialism, whereas the sun represents sustainability and nature, with the colors being the same as the green anarchist flag. The idea came from @Wewereseeds and @starwall 's flag design so big thanks to them!

This design is creative commons, feel free to use it for whatever solarpunky non-evil purposes you have - no credit or permission needed!

@scintillatinator @Wewereseeds @starwall You may have also noticed that it was my icon for a little bit, and more importantly that it isn't anymore

I'd noticed that my previous icon, the solarpunk flag I designed, was hardly ever called "the solarpunk flag" and much more often called "@socalledunitedstates's icon" - it represented me to people, which means it wasn't being used as a solarpunk symbol like I'd wanted. Also, because everyone thought of me when they saw it, they kept asking me for permission to use it as if it belonged to me

I also kind of want to move away from "branding," i.e. making my blog look like it has a solarpunk "theme" and is therefore some kind of authority. I'm gonna just be me from now on, which is why my icon is now the chibi of me I got commissioned for my anniversary. And I changed my screen name to make that less jarring 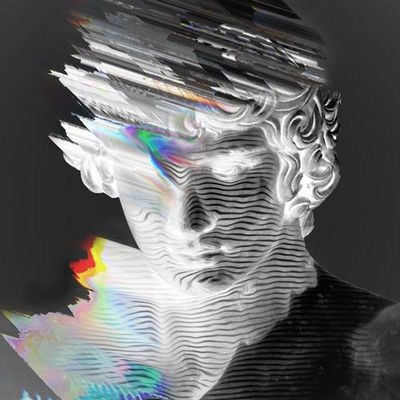 @pinkprius YOU CAN'T STEAL IT IF IT'S YOURS