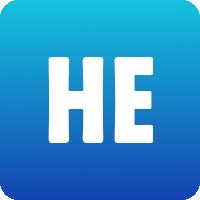 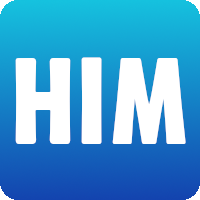 Who am I?
❂ Solarpunk Eco-Anarchist
❂ Always learning
❂ OU undergrad student (Engineering)
❂ I like books and the history of class war
❂ Plant shepherd
❂ I make things
❂ Common-or-garden 20 year old cishet male. I do my best to listen to (and hear) people. Call me out on my shit.

I'm here to help...
❂ Can send plant babies if you're in the UK
❂ Can boost your EPUB / PDF collection

Hmmm, a good and interesting book that will help inform a new urbanism, or, a lady goes around the world taking ideas from indigenous people to give her consultancy company more credibility?

The Paradox of Tolerance: the TL;DR is that if a society is tolerant without limit, then the society will tolerate intolerance. The ability to be tolerant will eventually be seized by the intolerant.

"Unlimited tolerance must lead to the disappearance of tolerance"
--- Karl Popper

People who object to the blocking of gab with "but muh free speech" need to study up on Popper's tolerance paradox. In short, it states that if you tolerate everything, including intolerance, then the intolerance will eventually grow large enough to become dominant, and then it will shut down tolerance of others.

In other words - be tolerant, but do not tolerate intolerance.
#censorship #tolerance #philosophy #freespeech

If it constantly happens, it's not isolated incidents, it's systemic!

If a political party is full of nazis, it's a nazi-party!

If your fediverse instance is full of nazis, it's not a #FreeSpeech instance, it's a nazi instance!

If #GAFAM is constantly in the news for data leaks it's not data leaks, it's #SurveillanceCapitalism!

If there are weather extremes on a daily basis, it's not the weather, it's the #ClimateCrisis!

I love the way that the #FreeSpeech tag is mostly shitposts by people who get that free speech above all else (i.e. hate speech) is a really bad idea, people sharing information about government oppression, and warnings about Gab and Gab adjacent topics. I guess what I saying is I'm glad that the combined efforts of the Fediverse have resulted in the bad actors being removed from our spaces, at least from my perspective.

How gardeners are reclaiming agriculture from industry, one seed at a time

@h @GreenandBlack @zxv
We have a friendly competition going, like Legolas and Gimli with killing orcs

one sec while i shield surf downstairs to my laptop, dodge a stray whataboutism, take a free speech to the shoulder, then finally mash that suspend button into the nazi

@jude_ do you have lots and lots of timelines on the screen? Because that's the old interface. Uncheck the "advanced" interface box in the settings and you should get a single column interface, which is easier to use.

"The nationwide general strike in France, now entering its record seventh week, seems to be approaching its crisis point. Despite savage police repression, about a million people are in the streets protesting President Macron’s proposed neoliberal “reform” of France’s retirement system, established at the end of World War II and considered one of the best in the world. At bottom, what is at stake is a whole vision of what kind of society people want to live in — one based on cold market calculation or one based on human solidarity — and neither side shows any sign of willingness to compromise."

year of the gabagool   @jimpjorps@radical.town

most recent example of this: someone dismissing Mastodon as useless because it doesn't have ads or promoted posts that you could use to build a Youtube audience

@Awizadofearthsea uh hu, she's seven and already keeps a very detailed journal. Most of the spelling is her estimation though so it's pretty wacky trying to read it. Tintin is her inspiration see, and journalists are always writing things down

My baby sister leaves little notes lying around for me find that say "YOU ARE THE BEST BROTHER IN THE WORLD" in misspelled capitals, it's adorable. Feeling appreciated here :D

Where is the #CaribbeanFedi at?

@activationfxn I enjoyed Seis Manos, The New Legends of Monkey, and 49 Days. CW for graphic drawn violence in Seis Manos, and very emotional parts in 49 Days.

year of the gabagool   @jimpjorps@radical.town

every time I see someone on twitter get mad about mastodon, they are upset that mastodon is not significantly worse to use for the end user

@Anarkat So the thing is, RISC OS is also, in my opinion, the only OS that actually works well on an early Raspberry Pi.

(Largely because most of the software targets much, much slower hardware than the Pi. While new, faster hardware was released in the 2000s, the vast majority of users were stuck on StrongARM Risc PCs, which came out in 1996, and developers made their software run well on that class of potato.)

There’s some extreme levels of jank here, some technical debt that should’ve been fixed in 1992 and wasn’t, and being an OS whose commercial lifespan as anything but a legacy product ended in 1998, there’s effectively zero attempt at security (except, interestingly, when networked, where the filesystem actually does have a permissions model, because Acorn had networking as far back as 1981).

But I adore this OS because it took such a different tack on so many things (it actually borrowed a decent amount of the GUI behavior - especially mouse handling, which it shares very much with OPEN LOOK - from Xerox tbh), it’s incredibly lightweight and performant, it’s actually decently modular, it’s extremely hackable (hell, it has BASIC and an ARM assembler in ROM)… it’s basically the 1980s home computer mindset applied to a 32-bit multitasking GUI OS.

Who am I?
❂ Solarpunk Eco-Anarchist
❂ Always learning
❂ OU undergrad student (Engineering)
❂ I like books and the history of class war
❂ Plant shepherd
❂ I make things
❂ Common-or-garden 20 year old cishet male. I do my best to listen to (and hear) people. Call me out on my shit.

I'm here to help...
❂ Can send plant babies if you're in the UK
❂ Can boost your EPUB / PDF collection