Alternative media sources are better than propaganda machines. The BBC and the Guardian are not to be trusted.

Did you see how the Guardian behaved over the cou in Bolivia, for instance? They were on the fence and avoided any mention of a "cou", and then jumped at the chance to promote the Organization of American States' response to what happened in the elections.

Imagine a better alternative to the police!

#CAPCR is "a grassroots movement fighting to ensure that local control of St. Louis police is based on the principles of citizen input and transparency."

I can provide a download for anyone interested in putting these up in their local area. I release it under WTFPL (http://www.wtfpl.net/) so you can do what you like with it. The current QR code links to CAPCR's Facebook page but it can easily be edited for whatever organisation is working in your area.

I have a role play game pdf to share.

"Sigmata: This Signal Kills Fascists" is a role play game about a fascist 1980s America, where cybernetic revolutionary heroes fight against the regime. It includes dialogue on real-world revolution and rebellion and attempts to apply real-world principles in the game system.

If this link runs out (max 10 downloads) then I'll post another one in this thread.

I love this part of Comrade Maxwell's video on how anarchists can educate others. It's true, it works 😁

The album "Clásicos Revolucionarios Vol I" by "Juanito Piquetes y los Solidarios" of Catalunya is just as intensely banging, catchy and comradely as the day Em first introduced me to it.

I highly recommend the album for driving away work related blues, or whenever you need a boost! These tunes *never* get old. Indeed, the final track in the album is the musicians' rendition of the triumphant "A las Barricadas", the most popular song of the Spanish anarchists during the Spanish Civil War, first recorded in 1936, which is itself based on "Warszawianka" a Polish revolutionary song from 1883... still going strong 83 years on.

An introduction to anarchy by Philosophy Tube: power and violence.

The local XRY group are budding anarchists, they just don't know it yet.

They're realising how frustrated they are with the status quo, the state, XR's tactics, and XR's views, but they don't yet have the leftist theory to see what to do.

I'm an anarchist as a direct result of my time on the fediverse, and now I'm finally going to get the chance to pass on what I've learned and help others take the difficult walk from left-leaning liberalism towards anarchism. This feels great.

So, remember a while back I was talking about how I thought playing role play games such as Dungeons and Dragons could be a great way to introduce people to the concepts of anarchy, because it's a fantasy world so you can organise what you want without the real world, tradition and state media to get in the way of people accepting your aims; and because in a fantasy world you can create what you like with comparatively little effort?

Well, my friend is about to launch a new campaign and he's open to ideas about the world. He's discussing things with the characters before the first session, and he's operating in a small enclosed city that's almost entirely self sufficient. So... I'm pushing democratic structures on him instead of the typical nobility nonsense, and trying to get all the various districts to organise amongst themselves with elected representatives going forward to a city council. I'm gonna see how far I can push things, maybe we'll even abolish private property! #anarchy

So... from where do I procure some big anarcho-communist and eco-anarchist flags that aren't intrinsically hypocritical and ironic because I'm getting some plasticy thing that was made in poor working conditions and then transported across the world to get to me?

It always makes me smile when I see the 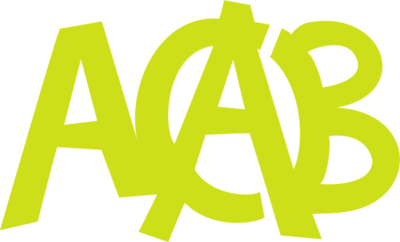 emoji being used. Cause, see, I made it voluntarily. Like, not for profit, in my own spare time. And then people use it, for free. It's almost like you don't need a wage incentive to make things function... almost like... #anarchy works??

I found this site / organisation https://anarchiststudies.org/topics/ias-blog/ through this radio recording https://archive.org/details/PeopleUnited-January202012

Does anyone have any suggestions for seed bomb seeds? They need to grow in a moderately dry UK clay soil with low to high light levels, be hardy, good for pollinators (important!) and preferably perennial.

I'm seriously considering Dungeons & Dragons / other role-play formats as a vessel for the delivery of radical ideas. Anarchism by stealth? Get folks discussing how, co-operatively, do deal with problems. Create an environment and culture for them to play in that promotes anarchism and even operates with anarchist principles. Get the players working on tasks that could translate to real life experiences...

I'm reading https://anarchy.works, the website of the book by the same name by Peter Genderloos. It's well worth checking out if you want to learn about instances where anarchist or anti-authoritarian societies have worked, along with a general introduction to anarchy.

I've converted the website into EPUB format for easier reading, if anyone would like a copy. You can also buy the book in physical form.

I want to discuss democracy in the context of other methods of organisation that are more favourable to anarchists / less oppressive.

I've read the essay linked below which has reflected many of the problems I have with democracy on a larger scale, as well as the discomfort I feel through operating in a democratic organisation (the Sunbeam City co-operative).

Is anyone free to talk about this?