just read a technical guide on rooting a nokia 800 tough phone that said "its easy, should take 20 minutes", and reading the multi-paragraph guide, was like... this looks like a black diamond to me, but ok if you say so

this was definitely a black diamond, but also a very very good guide. I followed it step by step and it worked

someday I hope to meet someone who can explain to me in more detail how this actually works...

@notplants woah this phone looks legit! interested in yer impressions after you've used it for a while :>

@cblgh I've been using it for about 2 weeks now, and I really like it. with whatsapp and maps I'm very much able to do the stuff I need.

in particular, I've been loving that I can leave audio messages. so even though it has t9, I almost never use it, and mostly just use audio (I know people have mixed feelings about this, but I see the appeal now)

two annoying issues:
- its supposed to be able to do calls with whatsapp, but thats not working
- one day, it randomly went into a buggy mode where I could send but not receive whatsapp messages. this was a big headache. I could only fix it by setting up whatsapp on another phone, then re-registering whatsapp again on the nokia phone

my suspicion is that both of these issues might be something about whatsapp protocol continuing to update, while nokia operating system and kai os client doesn't update as much

@cblgh I also of course wish that it could run signal and matrix and telegram instead of whatsapp. still somewhat curious about bridging, but that seemed complicated to set up

I feel pretty excited about trying to set up gerdaOs (bananahackers.net) on it, if the guide I linked to goes well...and trying some other apps on it

would love to be able to work on my own apps for it too, and have a simple privacy-respecting OS for it, in some future where that was possible 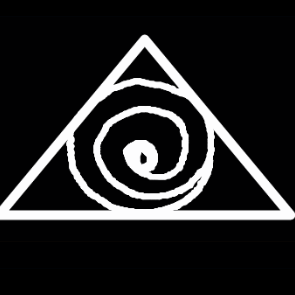 @notplants @cblgh hey I used this phone for a solid 3 months! if you need a hand with hacki g it feel free to ask me :3

last I checked, GerdaOS doesn't have a rom for the 800
there is a telegram client (but its only available post-hack because the author didn't want to put ads in it, which is a requirement for the Kai store iirc)
whatsapp calls never worked for me either

curious, which telegram client did you use? and did calls work for telegram?

I really like the interface for the whatsapp client, without a cursor. hoping to find a similar one for telegram

@notplants I think it's called telekram and is also cursorless, but it's just repackaged version of the web client, which doesn't support calls iirc

was wondering what method you used for sideloading apps onto the phone?

I was able to root the phone and get it into debug mode (cool!), and even to get telekram installed onto it, using this tool called kaiware (https://github.com/garredow/kaiware)

but so far I haven't been able to get the firefox web IDE working... which I guess is only available on firefox 59.... I'm currently unable to install "adb debug helper" for the web ide...

did you use the web IDE or some other method to install apps?

@aynish I would just use kaiware, but so far with kaiware I can only install apps from the listed download links within the kaiware app... I would like to be able to select my own folders / zip files, to install my own modified apps on the phone ideally

@aynish got kaiware working installing my own apps :-)

... it was actually just a weird bug in kaiware where the button to "'install" was not rendering properly and I couldn't see it

... walking through the code a little bit, I was able to find the button and then make it visible, and it works

@notplants hey that's awesome! 😊
I was indeed using the web IDE Firefox thing. I think I have a shell.nix lying around somewhere which I used to install all the tools I needed

thanks for pointing me to kaiware, I didn't know of it before :)

@notplants so you successfully rooted your dumbphone?