One of the biggest problems for service industry workers is that
many forms of direct action, such as Slowdowns, end up hurting
the consumer (most of them also members of the workering
class) more than the boss. One way around this is to provide
better or cheaper service -- at the boss' expense, of course.

Workers at Mercy Hospital in France, who were afraid that
patients would go untreated if they went on strike, instead
refused to file the billing slips for drugs, lab tests, treatments,
and therapy. As a result, the patients got better care (since time
was being spent caring for them instead of doing paperwork), for
free. The hospital's income was cut in half, and panic-stricken
administrators gave in to all of the workers' demands after three
days.

In 1968, Lisbon bus and train workers gave free rides to all
passengers to protest a denial of wage increases. Conductors
and drivers arrived for work as usual, but the conductors did not
pick up their money satchels. Needless to say, public support
was solidly behind these take-no-fare strikers.

In New York City, I.W.W. restaurant workers, after losing a strike,
won some of their demands by heeding the advice of I.W.W.
organizers to "pile up the plates, give ‘em double helpings, and
figure the checks on the low side."

@interneteh Great but in the UK at least these strikes are illegal, probably because so effective

@TheoEsc if striking is illegal, only outlaws will have strikes

@TheoEsc a lot of strike tactics are illegal, tbh

So if strikers are prepared to get in trouble anyway, good work tactics are still a net gain as they lead to more popular support which is surely doubly important to obtain by any activists who might be breaking a law?

@interneteh As someone who has done something similar to this (not as part of an organized strike with specific demands but just because I hated my workplace and my boss) I can tell you that it's super satisfying to give customers things for free at the expense of the owners.

What I did specifically is that I worked retail and at the till I would only scan most of the items but let some of the less expensive ones go and no one was any wiser.

@interneteh I did it due to a combination of being tired of stressing out about whether I've charged them the correct price for every item and a growing class consciousness that made me go "f@ck it, it's not worth it to maintain the bottom line of some rich f@cker in a suit that doesn't know who I am and doesn't care about me."

I endorse the "good work" strike, in fact do it even when you're not striking. The boss owes you nothing and profit is theft anyway.

@thejovian I used to pass items past the laser and straight into the bags when I knew people were in really bad need when I worked at a grocery store. I didn't know this was a radical action or anything. Just seemed right. 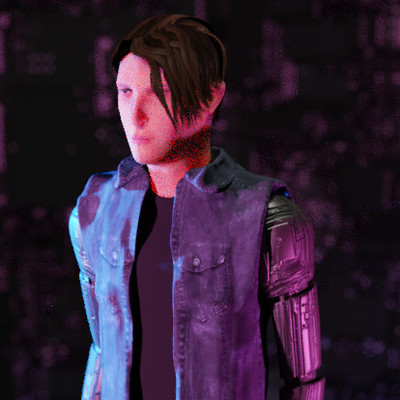 @interneteh gratuity strikes are now forbidden in France, most likely because it worked so well. 🙁 @interneteh there was a bus strike like this in Japan last year https://www.theguardian.com/cities/2018/may/11/no-ticket-to-ride-japanese-bus-drivers-strike-by-giving-free-rides-okayama