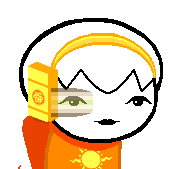 hm. my roommate opens my door a lot. turns out i have more trauma than i thought tied into the door to my room being opened. i may need to talk to them about this

i wonder if my roommate would be on board with just like. not touching my door and texting me to say things or get my attention. or if that’s even a reasonable ask

door to my room has no lock, so there’s an added layer of delicacy. i tried putting a laundry basket in front of it instead of explaining, because i don’t like to explain why i’m anxious when i’m anxious, but their response to resistance was to push. which i’m finding is more expansive than just a door thing and just kinda how they operate? anyway i explained it that time after they pushed the door open and they were very apologetic, but it was a specific instance conversation not a general one. i suppose i must bite the bullet and have a “here’s what i need to feel comfortable day-to-day” conversation, which i’m kinda dreading for no good reason. maybe it’s the inherent vulnerability in having it?

part of the issue with the response to resistance being to push deal is that it’s very much the attitude my abusive father had, and that’s not an association i want to make with a person i live with

this reminds me of a story from when i was a baby that never fails to get a wince out of people i tell it to. background is that my dad has anger issues, is decently strong, and is the type to push hard when met with resistance.

when i was very, very young i was put on a four hour flight and sat in a middle seat between my parents. at a point i’ve been informed was almost two hours into that flight i was doing standard baby things, exploring my new environment with my hands, being curious and shit. anyway i ended up poking at the space in between the chairs around the same time my dad wanted to put the arm rest down.

the arm rest didn’t go down all the way when he pulled it down. so he shifted, put his weight behind it, and shoved it down *hard*.

my finger was left hanging on by a little skin.

there was a doctor on the flight, my finger was sown back on, and due to the remarkable healing ability of an infant with 16 years of growth left it’s nearly impossible to tell which finger it was.

assuming it was a story told truthfully, (i think it was because i’ve heard it several times from both parents), that sure was a way to set the tone for the next 19-20 years of my life