Motto
If in doubt, defenistrate.

Still living with the online handle I invented when I was 14.

Boosts accepted for all public posts.

I think the best way to summarize my political position would be: For the common people... but they really need a better education.

Can you be nostalgic for a time that never happened? I grew up in a forested area, but with a strong influence from both sci-fi and fantasy stories. Solarpunk looks like something my heart always knew, but that my feet never have, like it could have been the next town over frome everywhere I ever saw.

Did you know you can rent a Finn? A literal Finnish person? To show you how to be happy? Since apparently Finland is the happiest country in the world.
I love my job so much, I come across such weird things.

I studied molecular astrophysics, so I have a lot of practice thinking in very large numbers and vast orders of magnitude, and these facts still astonish me when compared with everyday things.

Believe me when I say, a trillion is literally an astronomical number, and the prospect of a single human owning a trillion dollars is absurd. We should not live in a world where this is even remotely possible.

After all this time, I'm still not sure what Cryptids.online did to piss everyone off.

thinking about interactions on the fediverse

Just about every time I see someone complain that their posts don't get interaction here, they follow a single digit number of (usually inactive) accounts, and don't seem to boost or reply to anyone else. I think that on the fediverse, you get out of it what you put in. People won't go out of their way to interact with you if you go out of your way to NOT interact with them. Follow active people, boost and reply to them, and the same will happen to you

When I say ACAB, I mean the Ghostbusters too.

kinda surprised my attempt at a return to Mastodon would start with THAT but here we are.

Ok but if we all started using Bides we wouldn't have to be stockpiling toilet paper. And we would save the trees while we're at it.

Finally going to try dragging myself back to the fediverse. How has everyone been doing in my absence?

Be Queer Do Arson   @dandelion_jam_@sunbeam.city

anyone got instance reccomendations for PeerTube? not looking for anything in particular, just that it's relatively safe

Steampunk without commentary on the exploitative machinations of imperialism is not steampunk.

Cyberpunk without commentary on capitalism's efforts to buy the world out from under us is not cyberpunk.

Solarpunk without commentary on how to grow a brighter future for everyone instead of submitting to gloom is not solarpunk.

These three make a trifecta of how capitalism took over, what can happen if it continues, and how to prevent it from doing so. What was, is, and still could be.

All I'm saying is Terry Pratchett never would've been a terf 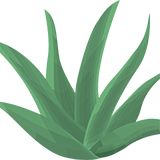 !?!?!?!!? mom didn't even tell me we were doing these
the bag contains a mixture of clay and sawdust (clean cat litter apparently) and is mixed in with spores. you let them myceliate for a few weeks and then poke a hole in it and they just go like foomf... endlessly harvestable mushrooms for your kitchen. #solarpunk as fuck

lofi beats to overthrow the government to

I know most of you are on Sunbeam are moving to other sites with the same handle. If I set up camp somewhere else, I'll probably be able to find you again without much trouble.

But if you never see me in the fediverse again? I suppose you'll know I failed.

If this is the end, I wish you all good luck.

Well, I suppose I better get this post out of the way before my Mutuals worry.

When I first came to Mastodon, I made a number of accounts on different instances, all ones I thought there was enough of a chance I would like the internal culture of. Ones that I thought I could make my main once I knew the local timeline enough.

As most of you could probably guess, Sunbeam City ended up being the one I stayed on. It's no insult to say, Todon or Tabletop Social that they couldn't become my main, it's simply that Sunbeam managed to clicked TOO many of my buttons at once to not become my main.

Of course, that was EARLY sunbeam mostly. I could deal with change, and as problems occurred, I always tried to hold out hope my comrades could stick together and deal with it.

I'm not faulting @puffinus_puffinus for deciding it's time to shut down the instance. I probably would too in his shoes. I'm just disappointed it's come to this.

you either die a knzk.me or you live long enough to become a witches.live

Motto
If in doubt, defenistrate.

Still living with the online handle I invented when I was 14.

Boosts accepted for all public posts.