I think we should bring back zeppelins to replace aeroplanes. Hear me out...

• Uses hydrogen for lift, which can easily be produced by electrolysing water using photovoltaic energy

• Can be driven by electric motors, which are much more efficient than any combustion engine

• Lots of area for thin film solar panels to power them

• Can be designed in ways to prevent potential Hindenburg-like incidents

• Quieter and less hazardous to birds

Travel by zeppelin would take longer, of course. But the only reason why air travel needs to be fast at all is for business types who need to get where they're going in a hurry, and for people who only get a few days of time off from work.

Perhaps it's idealistic of me, but I think a post-capitalist society should alleviate both of those problems.

So it turns out I accidentally posted this on the 82nd anniversary of the Hindenburg disaster.

Oh synchronicity, why do you taunt me so?

@InvaderXan wasn't the hindenburg disaster so bad because of the paint or something?

"Lots of area for thin film solar panels to power them" 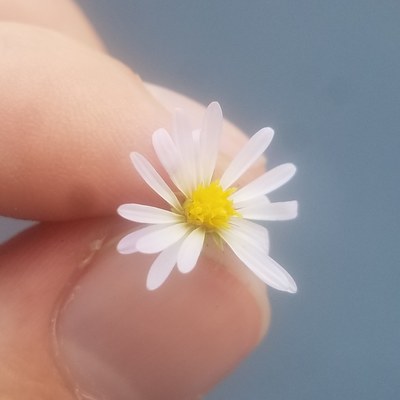 @InvaderXan ya know I think there could be a market for modern zeppelins even now! Like it might be too small to do anything and there is no ethical production under capitalism but still. If it's marketed as a cheaper and greener alternative to plane travel maybe it could be a thing?

@rachel0964
I'd like to think so. And honestly, we don't need to fix every problem in the world all at once. Right now, climate-related damage control should really be the first priority iMO. If there are ways to do that even with our current society, I think we should at least try.

@InvaderXan okay so potential problem!!!! from what I remember we've pretty much solved or at least greatly reduced the risk from the flammable hydrogen gas, but what about wind and storms and shit? at least with the old tech, zeppelins could n o t handle that. @InvaderXan The business types can do videolink meetings in their mothers basements. @InvaderXan I would *love* to see Zeppelins replace fixed-wing aircraft - but I'm not really convinced by the "could be powered by electric motors" equation [Fermi-estimation alert]: VLCCs have a larger surface area and only travel at about 15 knots, but require orders of magnitude more power for propulsion than they could get through PV cells - Zeppelins couldn't possibly be orders-of-magnitude more efficient, can they?

@InvaderXan Also: wouldn't you need to capture (approx.) twice the energy required for propulsion, hotel services, etc. and store half of it in batteries for the night-time? If so - and if this is even possible - I think given the current state of battery technology it'd probs. take up too much of the Zeppelin's payload capacity. @InvaderXan I completely agree (I'm a Zeppelin fan, actually went to the Zeppelin measum in Germany).

@whiskeysailor
OMG there's a zeppelin museum? I... should visit this place, I think.

@InvaderXan there is on Lake Constance (found it by chance because have family ties to the region). @InvaderXan
Also, unlike planes, they are too fragile to make war!
(which is one of the main reason their development stopped, as far as I understood) Incendiary ammunition proved effective against them, true. But these days military zeppelins would be unmanned silent drones that would linger, solar-powered, over places directing fire. Think Predators that can stay up as long as they like.

@InvaderXan i'm not against airships, but i'm sceptical of a lot of the stuff here

but the hindenburg wasn't the only airship disaster, or the biggest, theres quite a few https://en.wikipedia.org/wiki/List_of_airship_accidents

now the hydrogen issue can be fixed, possible by your honeycomb idea, although this would increase weight, or by using another lifting gas, there are several apart for hydrogen and helium, although they are all less effective and some have other disadvantages https://en.wikipedia.org/wiki/Lifting_gas

but there are also other issues, airships are by there nature relatively underpowered and susceptible to being blown about, several crashes happened because of being blown about in storms, technology is better now, but the necessity of keeping everything as light as possible limits how powerful they can be

they also have no resistance to lighting, while planes generally cope with lightning well

@InvaderXan
i would be surprised if solar panels could provided enough power to power them, i suspect it would be better to collect the power on the ground and charge them there, although they do have a lot of surface area

i think heaver than air aircraft can be power by similarly environmental friendly methods, and could be built the be quieter, and of course trains are quite fast and efficient

High quality thin film solar cells have an efficiency of about 20%, producing approximately 200 W/m^2. With just under a quarter of that zeppelin's area covered in solar panelling, it could theoretically generate one megawatt at peak efficiency, if my numbers are correct.

@InvaderXan
That's the power budget of ten automobiles to push a huge gas bag through the air at a reasonable speed.

More of a concern would be storms - zeppelins were and would be incredibly vulnerable to them. Thunderstorms are too dangerous for jet aircraft to fly through. Mostly we avoid storms by flying over them, but that's not an option for zeppelins.
@radikalgrafitio

@anne @InvaderXan so looking at the original power

1,980 kW max or 1,600 kW normal, so 1MW is about half max or 2/3 normal, so it could significantly extend the range, although it would be desirable to have more powerful motors to deal with wind better

@radikalgrafitio @anne
Safe to say that engine efficiency has probably improved significantly in the last 90 years too TBH.

@InvaderXan @anne 1,980 kW is the power output, increasing the efficacy would just mean it took less energy to produce it

@InvaderXan The german company basically founded by Count Zeppelin is still in business, and in the mid-1990s, they returned to building actual airships (among other stuff). Small ships, few passengers. But it is a start. https://en.m.wikipedia.org/wiki/Zeppelin_NT

we were exploding anyway 🛰️ @anarchiv@todon.nl

@InvaderXan in fact the "prevent Hindenburg-like incidents" bullet point can be satisfied by not using a waterproof coating that is nearly identical to space shuttle solid rocket fuel. @InvaderXan for where it would actually be used, I think boats and trains are sufficient in most cases, but airships could be useful for getting past difficult terrain such as mountain ranges or rainforests.

@InvaderXan the Hindenberg made people so scared of hydrogen and really it needn't have.

https://www.lowtechmagazine.com/2007/06/green-slow-air.html - not hydrogen-filled, making them technically blimps (I think?), but an interesting concept nonetheless - a heavier-than-air airship that creates some of its lift through aerofoils, and supposedly handles a lot better in windy conditions